admin
Moto's Kitchen Recipe 31: Ginger Pork
www.japansociety.org
Today in Moto's Kitchen we're making an easy, quick and delicious dish! Using some of the basic ingredients in Japanese cooking, you can make your own in less than 20 minutes, so try it out!
Ingredients:
Pork loin (or alternative thin sliced pork belly)
Ginger
Cooking sake
Soy Sauce
Mirin
Sugar
Preparation:
First, place thin sliced pork loin into a pan (we're using 1/2 lb). Grate around 1 tsp. of ginger onto the pork, 1 Tbsp. of cooking sake and 1/2 Tbsp. of soy sauce. Allow to marinade for around 10 minutes. Afterwards, pat dry with paper towel, this will help with browning when cooking.
Cooking:
Heat a frying pan up with oil to a high temperature. Place the thin sliced pork into the pan and sauté. Don't move around the meat too much. The thin slices will cook fairly quickly, so flip over once the first side is brown. When both sides have been browned (but not fully cooked) season with 2 Tbsp. of soy sauce, 2 Tbsp. of mirin, 1 Tbsp. sugar and another 1 tsp. of ginger. Cook until the meat is done (sauce thickens and meat will appear shinier).
Plating:
Can be enjoyed with rice or simple shaved cabbage/lettuce.
Get to know:
- Ginger is a popular ingredient in many asian recipes. Not only is ginger a delicious, somewhat spicy seasoning, but it also has many added health benefits such as strengthening the immune system.
Tip:
- If you prefer, substitute this recipe's pork loin with a fattier meat, such as pork belly.
------
Visit:
Like:
Follow:
Watch:
Join:
Teach: 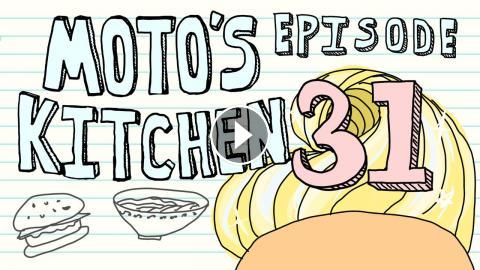