admin
Moto's Kitchen: Recipe 24 - Yakisoba
www.japansociety.org
Today in Moto's Kitchen, we're making a street favorite yakisoba. Like takoyaki, yakisoba is a dish commonly sold in the streets of Japan and festivals. It is delicious and very easy to make!
Ingredients:
Uncooked Yakisoba
Sauce Packet
Pork Belly
Carrots
Cabbages
Pickled Ginger
Sesame Oil
Cooking:
First we start by heating up the pan then drizzle some sesame oil on top. Place the noodles onto the pan and start cooking. It takes a while for the noodles to separate, but with a little patience, and a little heat it will start to break. Make sure you do not force it or poke it too much. After the noodles are nicely flaked out, you can shut the fire off and proceed to the next step.
Now we will cook the vegetables and the meat. (It is best to cook on a flat table, so that the water evaporates faster, but in this video, we used a large cast iron pot.) We start by putting some oil in the pot then a half pound of thinly sliced pork belly to cook. (In this video we used pork belly since it is traditionally what is used in yakisoba, however, you may use chicken, beef, seafood, or make it a vegetarian yakisoba.) When the pork is half cooked, add carrots, cabbages, and onions into the mixture. (Cabbages is traditionally used to make yakisoba, but you may other vegetables as well.)
Once the vegetables and meat is cooked, bring the noodles in to the pot and lightly mix it. Once mixed, take the dry soup packet and pour the contents into the pot. Make sure to scatter the contents thoroughly so that it doesn't lump up. Mix the soup packet with the noodles, vegetables, meat, and then it is ready to serve!
Plating:
Place the noodles on a plate then sprinkle a little bit of ginger on top. Enjoy!
Tips:
Pre-cook yakisoba noodles in a pan before mixing them with the other ingredients. This extra step prevents noodles from absorbing too much water from vegetables and getting soggy.
Given enough time, heat will separate yakisoba noodles nicely. So it's not necessary to poke them too much.
Asian cabbage is preferred when making yakisoba. Asian Cabbage is also known as napa cabbage. It has a much softer texture than that of regular cabbage. In east Asian countries, it is very commonly used in stir-fry dishes and hot-pots.
------
Visit:
Like:
Follow:
Watch:
Join:
Teach: 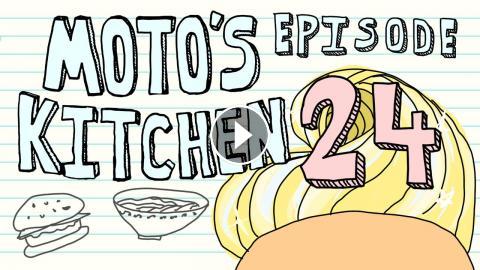