admin
Snow on the Blades
柘榴坂の仇討 (Zakurozaka no Adauchi)
Tuesday, July 14, 6:30 PM
FEATURE SLATE
NEW YORK PREMIERE
In this beautifully lensed jidaigeki, based on the events of the Sakuradamon Incident of 1860, a sincere samurai named Kingo Shimura is faced with the immense shame of failing to protect his lord, who is assassinated in a surprise ambush. In order to restore his honor, Kingo is tasked with finding and killing the remaining assassins. Meanwhile, Japan begins to undergo significant changes, shedding samurai values as the Edo period ends and Western influences start to take hold. After a tortured 13-year search, Kingo finally finds the one remaining assassin—but, as he unsheathes his sword for vengeance, is he still the same man he once was?
Japan. 2014. 121 min. DCP, in Japanese with English subtitles. Directed by Setsuro Wakamatsu. With Kiichi Nakai, Hiroshi Abe, Ryoko Hirosue, Kichiemon Nakamura.
Adapted from a short story by Jiro Asada (When the Last Sword is Drawn, The Stationmaster/Railroad Man)
Part of JAPAN CUTS 2015. 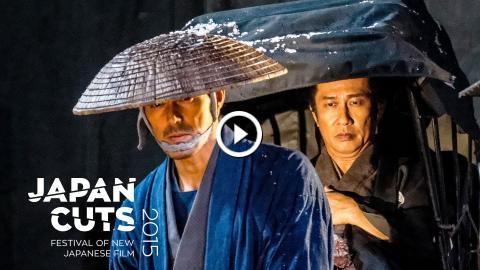