admin
JAPAN CUTS
With inspiration from 100 Yen Love, the Japan Cuts staff is hard at work preparing for the upcoming festival! Check out the lineup of films and join us July 9-19 as we celebrate North America’s largest festival of Japanese cinema!
Introduction and Q&A with star Sakura Ando, with CUT ABOVE award ceremony
Followed by the PUNCH LOVE Party!
Play video games with your nephew when he gets home from school, pick up junk food at the local ¥100 convenience store, and pass out reading manga. Such is the life of Ichiko Saito (played by the luminous Sakura Ando), a 32 year old living at home with her parents and recently divorced sister. When their working class home gets too small for both sisters, her mother pushes Ichiko into the world and she gets a job at the nearby konbini. She befriends a gruff amateur boxer (Hirofumi Arai), but cruel reality soon pushes her to don the gloves herself. As Derek Elley of Film Business Asia writes, “Ando triumphs in [this] quirky tale of a social misfit's transformation,” exceeding all expectations in a physical performance of absurd comedy and deep pathos.
Japan. 2014. 113 min. DCP, in Japanese with English subtitles. Directed by Masaharu Take. With Sakura Ando, Hirofumi Arai, Miyoko Inagawa, Saori Koide, Yozaburo Ito.
“The best performance of (Ando’s) so-far brilliant career” -Mark Schilling, The Japan Times
Part of JAPAN CUTS 2015. 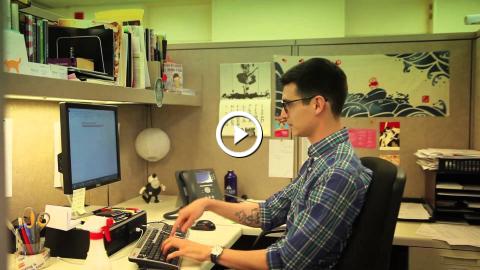 JAPAN CUTSWith inspiration from 100 Yen Love, the Japan Cuts staff is hard at work preparing for the upcoming festival! Check out the lineup of films ...