admin
Neko Samurai 2: A Tropical Adventure
猫侍 南の島へ行く (Neko Samurai -Minami no Shima e Yuku-)
Saturday, July 18, 8:45 PM
We're excited for the world premiere of Neko Samurai 2!
FEATURE SLATE
WORLD PREMIERE
Everyone’s favorite grumpy samurai and cute white cat are back! Once feared as “Madara the Devil,” master swordsman Kyutaro Madarame (Kazuki Kitamura) returns home from Edo a lowly ronin, living with his mother-in-law. When she tells him of an opportunity to work as sword instructor on the island of Shikoku, he sets off on a journey with his feline companion Tamanojo. When a ninja heads them off he should know things are not what they seem. Former Assistant Director to Takashi Miike, Takeshi Watanabe helms this ambitious follow-up co-written by star Kitamura (recipient of JAPAN CUTS’ 2014 CUT ABOVE Award), who came up with the film’s wild story.

Japan. 2015. 85 min. HDCAM, in Japanese with English subtitles. Directed by Takeshi Watanabe. With Kazuki Kitamura.
Part of JAPAN CUTS 2015.
North America’s largest festival of Japanese cinema, JAPAN CUTS presents the A to Z of new film made in and around Japan for its exciting and expanded ninth edition. Premiering a thrilling slate of blockbusters and independent features never before seen in NYC, JAPAN CUTS redefines itself with fresh sections on documentary, new classics, avant-garde and more special guest stars and auteurs than ever, with a focus on the rebellious edge of contemporary Japan. Don’t miss a moment of this frenetic 10-day festival filled with outrageous comedies, action epics, heart-wrenching dramas, radical documentaries, brooding romances, psychedelic animation and otherworldly fantasy, plus parties, award ceremonies, drink, food and live music! 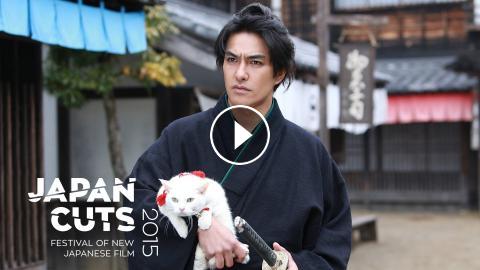