admin
Forget Me Not
忘れないと誓ったぼくがいた(Wasurenai to Chikatta Boku ga Ita)
Sunday, July 19, 1:30 PM
FEATURE SLATE
U.S. PREMIERE
Biking over to the local video store, high schooler Takashi Hayama (of Naomi Kawase’s Still the Water) runs into fellow teenager Azusa Oribe (formerly of the idol group Momoiro Clover), shaking each other out of their own little worlds. They see more and more of each other as days go by, beginning the awkward process of dating. However none of the other students at Takashi’s school recall Azusa, and she reveals a strange and unbelievable secret to him: everyone she meets forgets her very existence, including her closest friends and family. Takashi devises his own system of reminders using photos and notes, however can he escape a fate that awaits us all, to be forgotten? Based on the original 2006 novel by Mizuho Hirayama, Kei Horie’s Forget Me Not is a brilliant and surprisingly moving illustration of the youthful crisis of loving someone with all your heart when your own identity feels like it’s falling apart.
Japan. 2015. 94 min. HDCAM, in Japanese with English subtitles. Directed by Kei Horie. With Nijiro Murakami, Akari Hayami, Yoshikazu Nishikawa, Yutaro Watanabe, Hikaru Osawa.
“Defies easy categorization, veering confidently between fantasy, drama, and youth romance.” -Patryk Czekaj, Twitch
Part of JAPAN CUTS 2015. 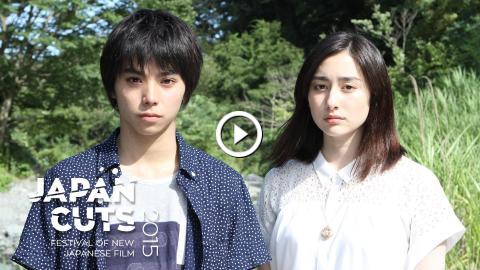