admin
Her Granddaughter
娚の一生 (Otoko no Isshou)
Sunday, July 12, 12 PM
FEATURE SLATE
U.S. PREMIERE
Seeking a new beginning and the solace of the countryside after a failed affair, Tsugumi quits her job and moves to her recently deceased grandmother’s sun-soaked childhood home. Before she can settle in, however, a handsome, gray-headed stranger named Kaieda suddenly appears with his own key, staying in the annex of the same house. Initially put off by his pushy, crude behavior and awkward advances, Tsugumi slowly and cautiously opens up to him—and then she finds out what really connects them to each other. This understated, moving drama was adapted from the popular manga by Keiko Nishi.
Japan. 2015. 119 min. HDCAM, in Japanese with English subtitles. Directed by Ryuichi Hiroki. With Nana Eikura, Etsushi Toyokawa, Osamu Mukai, Sakura Ando, Tomoya Maeno.
“One of Hiroki's most well-rounded and watchable commercial efforts.” -Don Brown, The Asahi Shimbun
Part of JAPAN CUTS 2015. 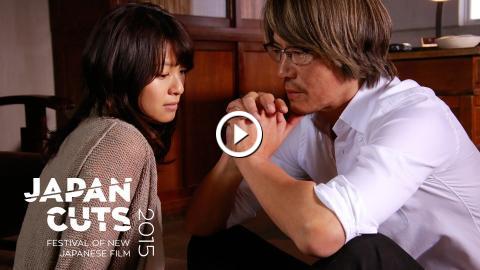