admin
The Extremists' Opera
過激派オペラ (Kageki-ha Opera)
FEATURE SLATE
INTERNATIONAL PREMIERE
When theater director Naoko (Saori) holds auditions for the first production of her newly established all-female theater troupe, she is mesmerized by Haru (Arisa Nakamura), who barges into the old garage where they rehearse. Naoko chooses Haru to be the lead as she leverages her power as director to pursue the romantic connection that fuels her voracious creativity. However, as opening night approaches, jealous entanglements threaten the artistic and ideological aims of the project, as well as the relationship with Haru pulling Naoko from her womanizing ways. Based on her own semi-autobiographical novel Kokan, cult theater director and actress Junko Emoto makes her directorial debut in this playful drama relishing the toil and passion of a struggling creative life on and off stage.
2016. 90 min. Blu-ray, in Japanese with English subtitles. Directed by Junko Emoto. With Saori, Arisa Nakamura, Yuki Sakurai, Suzuka Morita, Mayu Sakuma.
Part of JAPAN CUTS 2017.
------
Visit:
Like:
Follow:
Watch:
Join:
Teach: 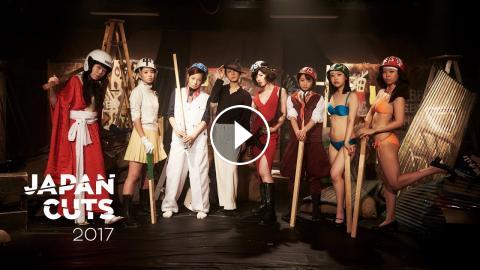