admin
A Whale of a Tale
おクジラさま〜ふたつの正義の物語
DOCUMENTARY FOCUS
NORTH AMERICAN PREMIERE
Introduction and Q&A with director Megumi Sasaki
Entering the political fray of environmentalism versus tradition raging a round the issue of dolphin hunting in Taiji, Japan since the 2009 release of The Cove, Megumi Sasaki’s documentary is the finely balanced film essay the frayed topic has been waiting for. Instead of propping up images of animal slaughter or beleaguered fishermen, A Whale of a Tale focuses on points of contact and communication between the two sides, foreign activists devoting years to the cause and agricultural workers who have developed a first-name familiarity. Sasaki (Herb & Dorothy) collaborates with journalist Jay Alabaster to examine the historical and material conditions that contributed to local whaling practice and the pressures of globalism and localism that keeps this issue in ideological deadlock—at least for now.
2016. 95 min. DCP, in English and Japanese with English subtitles. Directed by Megumi Sasaki.
World Premiere, Busan International Film Festival. Tokyo Docs Awards 2015, Best Pitch Award.
Part of JAPAN CUTS 2017.
------
Visit:
Like:
Follow:
Watch:
Join:
Teach: 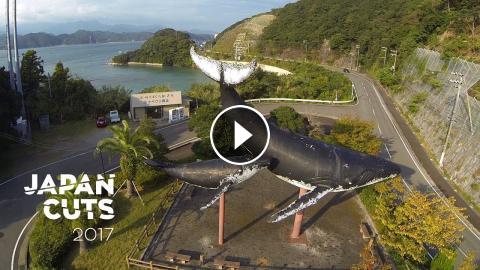