admin
Q&A with director Daisuke Miyazaki and star Hanae Kan
Frustrated teenager Sakura (the outstanding Korean-Japanese actress Hanae Kan, Nobody Knows, West North West) lives in the town of Yamato by U.S. Naval Air Facility Atsugi. When she’s not brooding at home with her single mother and brother in close quarters separated only by a curtain, she seeks pleasure in solitude, flipping through her English dictionary and writing rhymes to develop her chops as a rapper. When Nina, the daughter of their mother’s absent American boyfriend, arrives for a visit, she begins to push Sakura’s buttons to break out of her shell. Treading on the complicated physical and felt relationship between the U.S. and Japan, Daisuke Miyazaki’s second feature is a nuanced coming-of-age drama illuminated by veteran camerawoman Akiko Ashizawa.
------
Visit:
Like:
Follow:
Watch:
Join:
Teach: 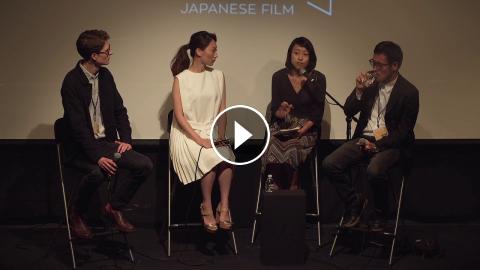