admin
The Ondekoza
ざ・鬼太鼓座 (Za Ondekoza)
CLASSICS: RESTORATIONS & REDISCOVERIES
U.S. PREMIERE
The last work by master director Tai Kato ( 1916-1985), known best for his Toei yakuza films, is a visually striking and sumptuously colorful documentary about the influential Ondekoza taiko troupe from Sado Island, Japan. Following the physically intense training of the young Ondekoza members and intercut with performance footage shot with gusto within elaborate set-pieces, the film pushes the limits of documentary into the realm of feverish imagination. Upon its completion, Kato had said that it was the first time in his life he was able to make a film exactly the way he wanted. Previously released only at a very limited scale in Japan, this new 4K scan restoration in celebration of Kato’s centenary will be a new discovery for many.
1981. 105 min. DCP, in Japanese with English subtitles. Directed by Tai Kato.
“Watching a Kato picture is a pure pleasure.” —Kevin Thomas, Los Angeles Times
World Premiere, 73rd Venice Film Festival, Classics Section.
Part of JAPAN CUTS 2017.
------
Visit:
Like:
Follow:
Watch:
Join:
Teach: 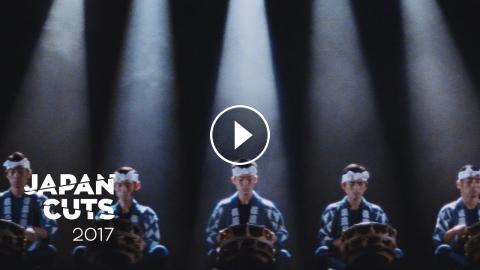