admin
Alley Cat
アリーキャット (Ariikyatto)
FEATURE SLATE
NORTH AMERICAN PREMIERE
A depressed ex-boxer (Yosuke Kubozuka) self-medicating for the injuries that ended his career finds a stray cat that brightens his day, but she is snatched up by a comical grungy mechanic (Kenji Furuya). Calling each other by the competing names they gave the cat, Maru and Lily, the odd pair is abruptly sucked into a political conspiracy with Saeko (Yui Ichikawa) and her son at the center. Witnessing another injustice in which the economic and social elite prey on the vulnerable, the two strays set off on the road to redemption, or at least peaceful cat ownership.
(Fun fact: in addition to acting together in Alley Cat, Yosuke Kubozuka and Kenji “KJ” Furuya released the single “Soul Ship” in 2017. Kubozuka performs as Manji Line and Furuya in the band Dragon Ash.)
2017. 129 min. DCP, in Japanese with English subtitles. Directed by Hideo Sakaki. With Yosuke Kubozuka, Kenji Furuya, Yui Ichikawa, Hiroshi Shinagawa, Erisa Yanagi.
Part of JAPAN CUTS 2017.
------
Visit:
Like:
Follow:
Watch:
Join:
Teach: 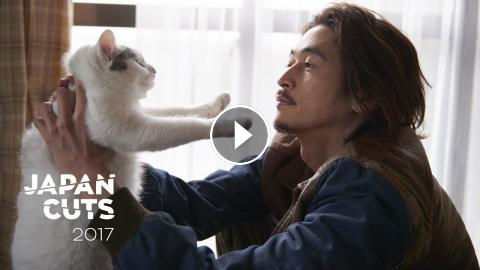