Then, UFC heavyweight Jairzinho Rozenstruik joins the show to reveal why he thinks his upcoming bout against Francis Ngannou at UFC 249 should be for an Interim title and what his corner told him before his 5th round finish of Alistair Overeem.

Finally, UFC lightweight Paul Felder calls in to discuss why he decided he's not ready to retire, the toughest spot he's ever been in throughout his UFC career, and the hardest fights he's had to call. Watch all video episodes of UFC Unfiltered on UFC FIGHT PASS. 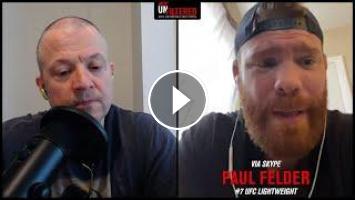