From the legendary oeuvre of master creator Rumiko Takahashi, the mixed-up, madcap, martial arts romantic comedy Ranma 1/2 returns! In this definitive limited edition Blu-ray collection, Ranma 1/2 is presented in stunning, uncropped 1080p high definition straight from the Japanese masters. Presented for the first time in the original Japanese episode order, Ranma 1/2 has never looked better. Also included are all-new extra features showcasing the phenomenon of this beloved anime series and a booklet with episode summaries and a manga preview.


After taking a surprise dip in a cursed spring while on a training journey in China, martial artist Ranma Saotome and his father, Genma, aren t quite themselves anymore. Now Ranma turns into a girl whenever he is splashed with cold water, and Genma turns into a panda! Their new forms cause nothing but confusion at the Tendo dojo, where Soun Tendo is waiting to introduce one of his three daughters to Ranma as his fiancée! Turns out Genma and Soun arranged the match long ago, but the girl, Akane, and the boy, Ranma, aren t exactly crazy about the idea, or each other! Or are they? Watch the gender switching, jealous rages, and martial arts battles unfold all over again! 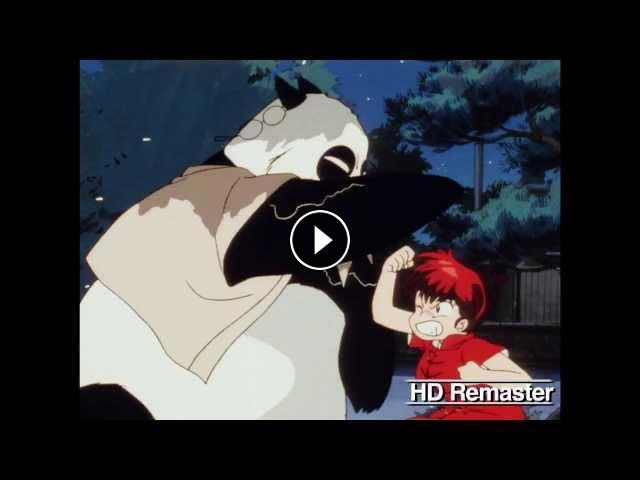