The Age of Geo-Economics: Choices for Japan & the U.S. in a G-Zero World

Added 3 years ago by admin
134 Views
The Age of Geo-Economics: Choices for Japan & the U.S. in a G-Zero World
...
From economic sanctions, trade negotiations and state capitalism to the formation of the Asian Infrastructure Investment Bank (AIIB), we are witnessing an increasingly visible impact of "geo-economics," a term used to describe countries exercising economic means to exert geopolitical influence. While Emerging Market countries start exercising more influence, the U.S., along with other Western nations, is occupied with challenges at home. Although this trend may be reversing the U.S.-led globalization, we haven't seen a new model of global geopolitical order or leadership yet. Ian Bremmer, President of Eurasia Group, who coined the term "G-Zero," calls the current leaderless state of the world a geopolitical creative destruction. Based on his two recent publications, The Age of Geo-Economics (Nikkei Publishing) and Superpower: Three Choices for America's Role in the World (Portfolio/Penguin), Dr. Bremmer will discuss what "G-Zero" means to the U.S., Japan and Asia broadly, why the U.S.'s foreign policy is in decline, how Japanese and American business and political leaders should prepare themselves to cope with emerging challenges in this environment, and what kind of path the U.S. may choose as the world's only superpower.
Speaker:
Ian Bremmer, President, Eurasia Group
Presider:
Kyoko Gasha, News Anchor and Senior Producer, Reuters; Documentary Film Director
------
Visit: ...
Like:
Follow:
Watch: ...
Join:
Teach:

The Age of Geo-Economics: Choices for Japan & the U.S. in a G-Zero World 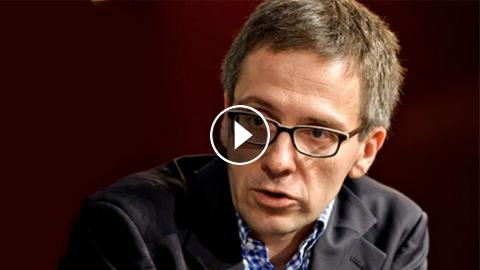 The Age of Geo-Economics: Choices for Japan & the U.S. in a G-Zero World...From economic sanctions, trade negotiations and state capitalism to the for...