Own the limited edition DVD/BD combo pack loaded with extras on 9/2/14!

Contains episodes 1-10 plus the OVA and a 96-page booklet, all housed in a premium chipboard artbox!

Adapted from Yuki Kodama's bestselling manga (graphic novel) series, BLOOD LAD introduces Staz, who is one of the toughest vampires in the demon world. But unlike his ancestors, he finds being a vampire to be a serious pain and prefers to spend his time watching anime and playing video games instead. When a Japanese girl named Fuyumi wanders into his territory, Staz cannot hide his excitement at finally meeting a living human from his favorite culture. Unfortunately, Fuyumi dies after being swallowed by a monster, leaving her bare soul behind. Staz vows to Fuyumi that he will bring her back to life by any bloody means necessary.
Sign in or sign up to post comments.
Be the first to comment 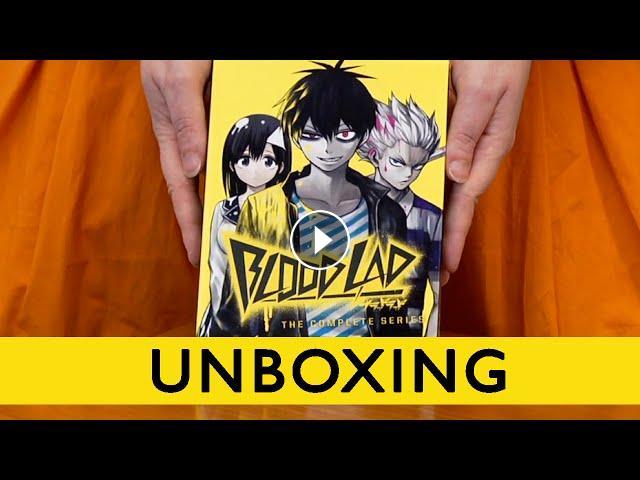