Added 5 years ago by admin
226 Views
AFTER’45（Japanese Version）- Ryo Ishibashi / LYRIC VIDEO
Ryo Ishibashi official site
Ryo Ishibashi official FACEBOOK
石橋凌official twitter
@ ryostaff
＜Headline＞
70 years after World War 2, Japanese singer Ryo Ishibashi published the lyric video of AFTER '45 on YouTube asking the world to create peace together.
＜Summary＞
Ryo Ishibashi has left many legends in the Japanese rock scene and is still extremely influential. He has completed his second solo project, a new release of a mini album Neo Retro Music on Wednesday, January 28, 2015, for the first time in 4 years.
Ryo Ishibashi is also an actor. Some of his famous movies are The Crossing Guard (1966) directed by Sean Penn, Kids Return (1996) directed by Takeshi Kitano, BROTHER (2001) also directed by Takeshi Kitano, Audition (2000) directed by Meike Takeshi and WARU (2006) also directed by Meike Takeshi.
He is a member of SAG-AFTRA (The Screen Actors Guild‐American Federation of Television and Radio Artists) and known around the world for his role in The Grudge (2004), a remake of the classic Japanese horror film Ju-on, Rogue Assassin with Jet Lee and Jason Statham (2007), and Inju (the Beast in the Shadow, 2008) directed by Barbet Schroeder.
This mini album consists of six stories of tunes with mellow sounds. The three newly written songs: Yorokobi-no Uta-o, Rock’n Rose, and Daba-no Inanaki. One of his most acclaimed all-time hits AFTER '45 (English version), provokes the sentiment of postwar after 70 years, and the two standard covers: Got My Mojo Working and Route 66 are indispensable in live shows are truly worth listening to. Strong emotions in our lives become messages in this powerful collection of songs. They should be viewed as protest love songs that show us that we should be cherishing our daily lives. We can feel the power of music in these songs.
2015 will mark 70 years after the war. We always phrase ""AFTER the WAR"" since the foundation of our present society has a strong reflection of our experiences of defeat of the war and restart with peace in our hearts in 1945. It's absolutely touching that now, Ryo Ishibashi has remade the song AFTER '45 which was released in 1986 by a band called ARB, Ryo Ishibashi’s former band, in English by himself. With reassuring melody and universal lyrics, this song really is a standard song.
We Japanese, have less and less opportunities to directly hear the sorrowful experiences of the war as 70 years have past since the World War 2. AFTER '45 encourages not only economy or physical rebuilding but also rebuilding of hearts in song and appeals to the importance of heart-felt emotional connections. This is a song where we hold our hands as one to move forward together in these postwar years.
We hope the message of this English version of the AFTER ’45 lyric video can reach your heart.
How did we live until now? How should we live hereafter? It's been 70 years AFTER the WAR. Now is the time we must face and consider Japan as a nation after the tragedy in the east Japan earthquake.
AFTER '45 (English Version) Lyric Video by Ryo Ishibashi.
[New Release Information]
Date: Wednesday, January 28, 2015
AVCD-93061 ¥2,160(tax included)
Mini Album 『Neo Retro Music』 - Ryo Ishibashi
1. Yorokobi-no Uta-o
2. Rock'n Rose
3. Daba-no Inanaki
4. AFTER '45 (English version)
5. Got My Mojo Working (Live version)
6. Route 66 (Live version)
【Related Links】
■Official Home Page
■Official Twitter
■Official Facebook 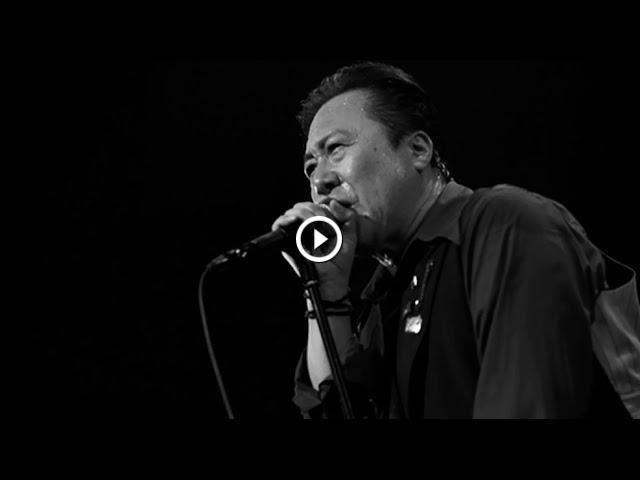