admin
Order Sailor Moon Sailor Stars, Part 2 on Blu-ray/DVD:
Sailor Moon fans gathered from across the universe to share their favorite moments from the series! Are you ready for the final episodes of Sailor Moon Sailor Stars to debut on Blu-ray/DVD?
Although the popularity of the idol group Three Lights is off the charts, Usagi hasn’t realized that Seiya, Yaten and Taiki are the Sailor Star Lights. But with the number of Phage growing in the city, the purpose of star seeds is the biggest mystery that needs to be solved. Could the mysterious Chibi-Chibi hold the answer? The tide is turning, but not in Usagi’s favor. Her allies are being overpowered, and altered timelines are confusing the fate she knows to be true: Mamoru is her true love, Neo Crystal Tokyo is her future kingdom and her fellow Guardians will be her eternal protectors…right? The ultimate battle with the chaotic Sailor Galaxia lies ahead, and the fate of all existence lies in the balance.
6-Disc Blu-ray & DVD Combo Pack.
17 episodes (184-200) at 1080p HD 4x3 Aspect Ratio.
English Stereo & Japanese Audio with English Subtitles
Features: Art Gallery, Cast Interviews, Trailers, Opening & Ending Songs
Sign in or sign up to post comments.
Be the first to comment 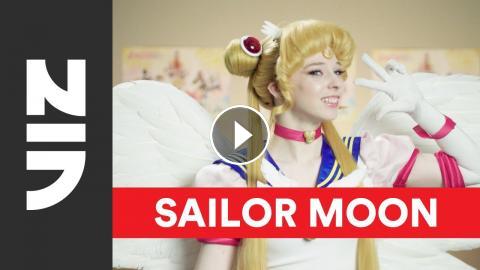 Order Sailor Moon Sailor Stars, Part 2 on Blu-ray/DVD:Sailor Moon fans gathered from across the universe to share their favorite moments from the seri...