admin
Announced at Moonlight Party, Sailor Moon R THE MOVIE is coming to theaters this January featuring an all-new HD remaster!
MORE DETAILS COMING SOON!
Sailor Moon comes to the big screen in her first dazzling movie! Uncut and for the first time in theaters, Join Sailor Moon on an adventure to save not only the world, but also her true love! This limited engagement also includes the North American debut of the original theatrical short, Make Up! Sailor Guardians and exclusive extras. A special bonus gift will be given to ticket holders while supplies last.
Sailor Moon R the Movie :
Long before Mamoru found his destiny with Usagi, he gave a single rose in thanks to a lonely boy who helped him recover from the crash that claimed his parents. This long-forgotten friend, Fiore, has been searching the galaxy for a flower worthy of that sweet gesture long ago. The mysterious flower he finds is beautiful, but has a dark side- it has the power to take over planets. To make matters worse, the strange plant is tied to an ominous new asteroid near Earth! Faced with an enemy blooming out of control, It’s up to Sailor Moon and the Sailor Guardians to band together, stop the impending destruction and save Mamoru!
Make Up! Sailor Guardians :
Usagi and Chibi-Usa are at the cafe when they overhear two girls debating which of the Sailor Guardians is the best. Will Usagi’s alter-ego, Sailor Moon, end up being their favorite?
Sign in or sign up to post comments.
Be the first to comment 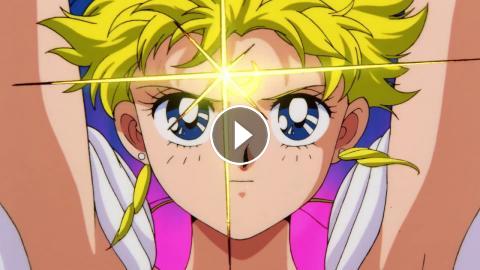