admin
Nobuhiko Obayashi: a retrospective
November 20 - December 6
This fall, Japan Society is proud to invite Japanese filmmaker Nobuhiko Obayashi to the largest retrospective of his work ever organized in the U.S. With 10 feature films and a short ranging from 1964 to 2014, in addition to an in-depth conversation with the director covering his entire career, Nobuhiko Obayashi: A Retrospective offers a thorough (re)introduction to this endlessly innovative, singular film artist who burst into the consciousness of many American film fans with his cult hit House. This series is guest curated by Dr. Aaron Gerow, Professor of Film Studies and East Asian Languages and Literatures at Yale University.
Thanks to filmmaker/curator Denis Cordier for bringing the idea of a Nobuhiko Obayashi retrospective to Japan Society.

Special Offer: Purchase tickets for at least three films/events in the same transaction and receive $2 off each ticket! Offer available only at Japan Society Box Office or by telephone at (212) 715-1258. Offer not available online. 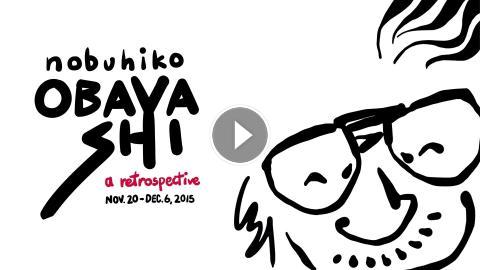