admin
Add Megalobox, Season 1 (Limited Edition) to your collection:
Bored, resigned, and unfulfilled, a young man with neither name nor past survives by fighting in underground matches of a sport called “Megalobox,” a form of boxing that utilizes powered exoskeletons. Calling himself JNK.DOG, he feels trapped in a world of crime, poverty, and ecological collapse. All that changes when he has a chance encounter with Yuri, the reigning king of Megalobox. Now, obsessed with proving himself, JNK. DOG becomes a man driven to do whatever it takes to fight his way to the top of the rankings and take on the champion.
This set includes 13 episodes presented in 1080p / 16:9, English and Japanese Stereo Audio w/ English Subtitles.
Extra Features: 128 page Booklet, Megalobox Audio Drama, Interview w/ Japanese Production Staff, Interview w/ English Cast, Clean Opening and Ending, Trailers and Art Gallery.
Sign in or sign up to post comments.
Be the first to comment 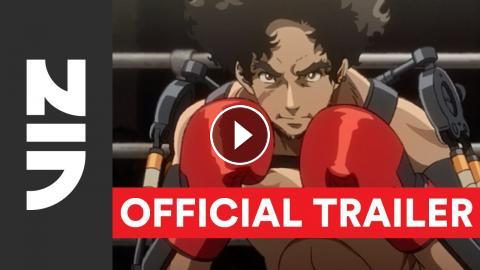 Add Megalobox, Season 1 (Limited Edition) to your collection:Bored, resigned, and unfulfilled, a young man with neither name nor past survives by figh...