admin
（字幕あり） Lets visit a few YUKATA stores in Tokyo. A Yukata is Japanese clothes like a kimono but worn mostly in the summer time to festivals or fireworks. 浴衣の店を紹介したい 中古のもあるし マルイの値段の高いのもあるし 帯や飾りや下駄 色々な和服を紹介します.

Other than these stores there are many different stores all accross Japan that sell yukata. You can even buy a yukata online on Ebay or amazon if you are not in Japan.

JINBEI is like a yukata except shorter and more easy to put on, there is no obi. It is mostly worn by men but they do have female ones available. Jinbei are very casual wear that lots of men in todays society, wear it around their house, to bed, or around town as casual wear.

GETA are Japanese wooden shoes. In the summer you will sometimes see men wearing them with their normal western style clothing.

OBI is the belt that goes with yukata or kimono

OBIJIME a rope that goes around the obi

OBIDOME a accessory that you put on the obi

Yukata range between 40$ and up. But generally you will pay about $100-$170 for everything. There are of course more expensive Yukatas.

Taller or fatter people may have a hard time fitting into the Yukata as they are made for bodies that are flat and thin. This is defined as the perfect Japanese kimono shape. Yukatas and kimonos are not meat to make you have curves or your bust to stick out, so you don't wear a bra with them. People with large bust flatten it down with a towel so that your shape is straight. This is the style it is supposed to be worn in. 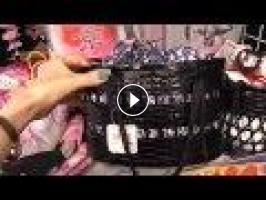 （字幕あり） Lets visit a few YUKATA stores in Tokyo. A Yukata is Japanese clothes like a kimono but worn mostly in the summer time to festivals or firework...