admin
Japan Cuts 2016 - FAKE Q&A
Q&A for documentary film FAKE with director Tatsuya Mori and moderated by filmmaker Kazuhiro Soda at the 10th anniversary of Japan Cuts Festival of New Japanese Film.
Born to atomic bomb survivors in Hiroshima, Mamoru Samuragochi, a self-taught classical composer with a degenerative condition causing deafness, was celebrated as a "Japanese Beethoven" for the digital age. However, just prior to the 2014 Winter Olympics, where Samuragochi's Sonatina for Violin was to accompany figure skater Daisuke Takahashi, part-time university lecturer Takashi Niigaki revealed that he had served as the composer's ghostwriter for 18 years, that Samuragochi couldn't notate music and, in fact, could hear perfectly. As Samuragochi's recordings were pulled and performances cancelled, Niigaki enjoyed success on TV talk shows. Filmmaker Tatsuya Mori finds Samuragochi holed up in his small Yokohama apartment with his wife and cat, ready to tell his side of the story. A mesmerizing character study skewering media duplicity and constructions of ability/disability, in which Samuragochi's career has collapsed, taking fact and fiction with it.
------
Visit:
Like:
Follow:
Watch:
Join:
Teach: 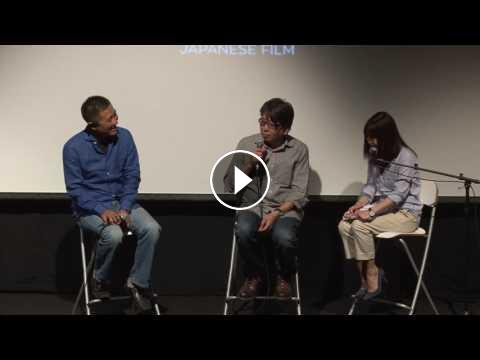 Japan Cuts 2016 - FAKE Q&AQ&A for documentary film FAKE with director Tatsuya Mori and moderated by filmmaker Kazuhiro Soda at the 10th anniversary of...