In 2000, precedential to debut in Japan, she made her debut in the U.S. with her first single “TAKE BACK” under the name of “KODA”
It ranked in at Billboard Dance-Pop Sales Chart as high as 18th place ranked up from its initial 20th place.
In the same year, she debuted in Japan as well and started her career as a professional singer.

Her 16th single “Butterfly” pushed her name up in the industry by winning the Japan Record Award, which is one of the best honored music awards in Japan.
Following the preceding event, Kumi Koda won many more awards and established her place as a top singer in Japan.

Not only in domestically,
But also she has worked with many great international artists such as Sean Paul and Far East Movement since they fell for Kumi Koda’s artistic talents.

From 2005 to today 2020, she has continuously kept performing live for her fans.

Her singing ballads that make people speechless
Her energetic dance moves
And her cute pop tunes
For Kumi Koda, live performance is the essential parts of her life as an artist.

Due to COVID-19 in this year, almost all gatherings are banned
And to prevent to spread COVID-19, avoiding the 3Cs became the new norm.
Not only the entertainment industry but also our life have been changed

Various measures taken for preventing the infection
It has been decided to hold her arena tour, KODA KUMI 20th ANNIVERSARY TOUR 2020 MY NAME IS…
Under this severe circumstance, Kumi Koda was the only one who made the decision with this size of live performance tour when they announced the new.
Hands sterilization
Placing the attention notice on preventing COVID-19 and in-house announcement by the staff
Everyday body temperature check and action history declaration.
Physical health check booths at the venue
Placing plastic sheets at counters to prevent droplet infection
Download of the COVID-19 monitoring app “COCOA”
Keeping enough space between people in ques
Limiting the seats layout to keep the distance between the audience
Following the limitation, 50% of the full capacity and 2 shows per day 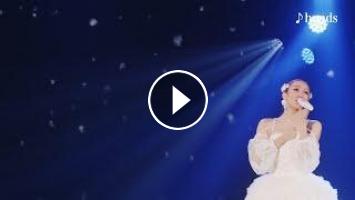 About Kumi Koda In 2000, precedential to debut in Japan, she made her debut in the U.S. with her first single “TAKE BACK” under the name of “KODA” It ...